I will admit a lot of the time I think I’m not doing a very good job of being a mom. Maybe all moms are like that, maybe you are, maybe it’s just me. I’m not sure. I mean, I blame myself for so many okay maybe all of my kid’s bad habits. I certainly blame myself for Bug’s autism. I’m sorry but I just can’t seem to get past that one. Some days I can but other days I just can’t. Especially when an article or study comes up showing what might have been the cause and of course, it has to be something I did or took or allowed doctor’s to convince me was safe. UGH.

But then something happens. 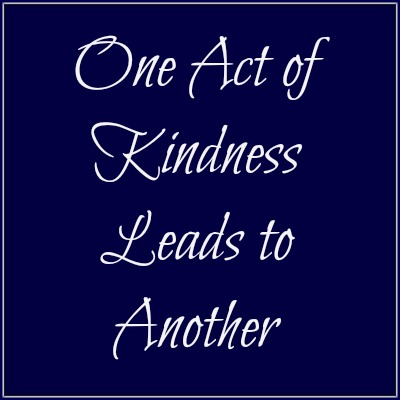 Like yesterday for example, Bug and I were picking up lunch out before we headed over to have lunch with Princess at school. A sweet young lady opened the door for us and got in line behind us. Then to my surprise, Bug leaned in to me and said, “mom, can we let her go first she did open the door for us”.  I smiled and told him “of course we can” so he ever so shyly walked over to her and in a soft voice told her she could go in front of us. She seemed surprised by his gesture but took her place in line in front of us.

I was so proud of him for his kind gesture. First for recognizing her gesture and then politely going up to her and offering his kind gesture in return. He was so happy and smiling from ear to ear. My heart just filled with joy for more than just the obvious reason.

He got it! He really did. He picked up on the social situation and did what he should have without any prompting from me at all. From a special needs mom’s perspective, this is HUGE! So maybe, just maybe I’m doing something right?

I struggled with the idea of paying for another month of swim lessons for Bug. It’s been four months and still he wouldn’t put his face in the water during swimming lessons. We’ve been working on this for at least the last several summers with his OT. You kinda need to be able to do that if you want to swim.

Then just when we were about to stop swim lessons, he did it! After four months of lesson after lesson after lesson we waited, we hoped, and we encouraged. And this week it finally happened.  Our Bug put his face in the water during swimming lesson.  And not just his face, his entire head went in and all on his own with just some verbal encouragement from his instructor. It’s not the best picture but it fills my heart with joy! 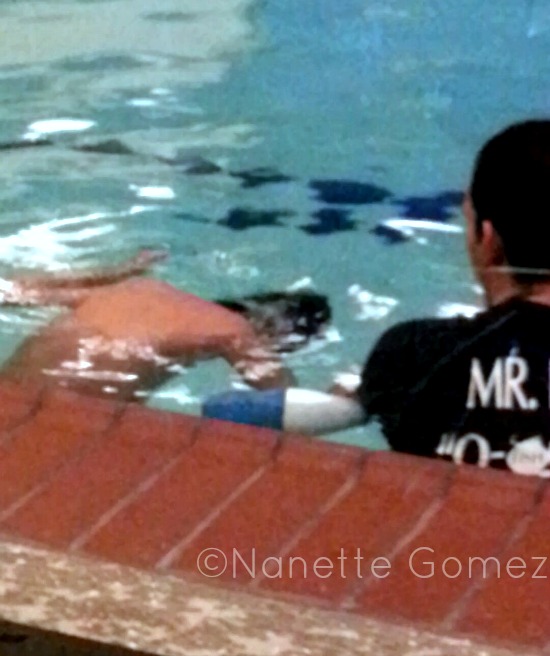 This was such a HUGE accomplishment for him, such a breakthrough on his way to his goal of swimming. Princess caught on quick and enjoys swimming so much and Bug in on his way. This is what we wanted for them both when we started this summer.

As I sat on the other side of the glass I’d see him glancing over to where he knew I was. Even though I knew he couldn’t see me, I couldn’t help but smile from ear to ear and yes, I cried. I just couldn’t hold back those tears of joy.

When I met him at the door as his lesson ended, I could just see the pride beaming from him. He was so proud of himself and rightly so.

I couldn’t be more please with what a wonderful job Bug’s instructor has done with him at the Houston Swim Club. 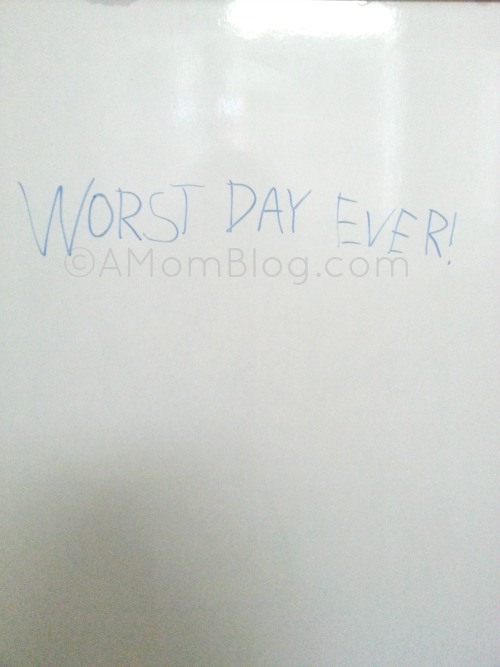 Princess’ words today cut right through my heart. Some days are just not easy.