I received the iCoffee Opus Single Serve Brewer from Remington free of charge to facilitate this review. This post may contain affiliate links. 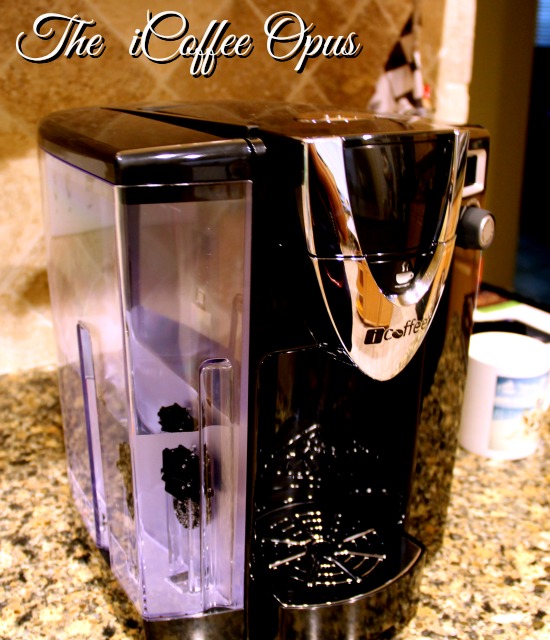 I will tell you even before I opened the box I found so many aspects of the iCoffee Opus that I liked. For one thing, it’s BPA Free, includes an iCup Reusable, has a 75 oz. water reservoir, an energy saving feature and an automatic shut off if it’s not used for 2 hours. All that and I hadn’t even taken it out of the box yet!

Getting it out of the box surprised me though. Check out the unboxing here. I was expecting something lightweight and small. The iCoffee Opus is anything but that. It’s rather large and has some weight to it that’s for sure. It’s pretty though, and I like pretty. The water reservoir lights up blue when it’s on. It’s really cool looking. I’d hate to have an eyesore of a coffee brewer sitting on my kitchen counter wouldn’t you. Here’s what it looks like when it’s brewing:

But honestly what it comes down to is taste. What’s the point in having a pretty coffee brewer if all it does is look pretty, right?

So how does it brew? Does the coffee taste any better than any other brewers?

I know the brand of coffee will have an impact on how your coffee taste I believe the brewer has some impact on that as well. Personally, I was impressed with the flavor. It was very smooth and had absolutely no bitterness to it. It also had no grittyness to it as I’ve had before with some coffee brands.

So how does the iCoffee Opus do it? With something they call Spin Brew technology.

Just how the brewer works to make you a smooth cup of coffee is pretty interesting and innovative (which by the way is what the i in iCoffee stands for “Innovative”).

Rather than just push hot water through the coffee, the iCoffee Opus has a spinning needle with jets that spin, steam and stir the coffee in the K-cup thus giving you a better, smoother flavor.

Do you need a stronger, smaller cup of coffee in the morning to get you up and moving? The iCoffee let’s you decide what strength you want between 4-12 ounces by dialing what you want in .5 increments. You are in total control of how strong your coffee is.

Then there’s the fact that you can use ALL K-cups and K-cup compatible brands in the brewer so there is no need to limit yourself to just one brand. The iCoffee Opus includes in it’s package 6 K-cups (5 coffee K-cups and 1 tea K-cup) and an iCup Resusable so you can use whatever brand of ground coffee you prefer.  This small addition I also like as some brewers don’t even accept reusable cups. 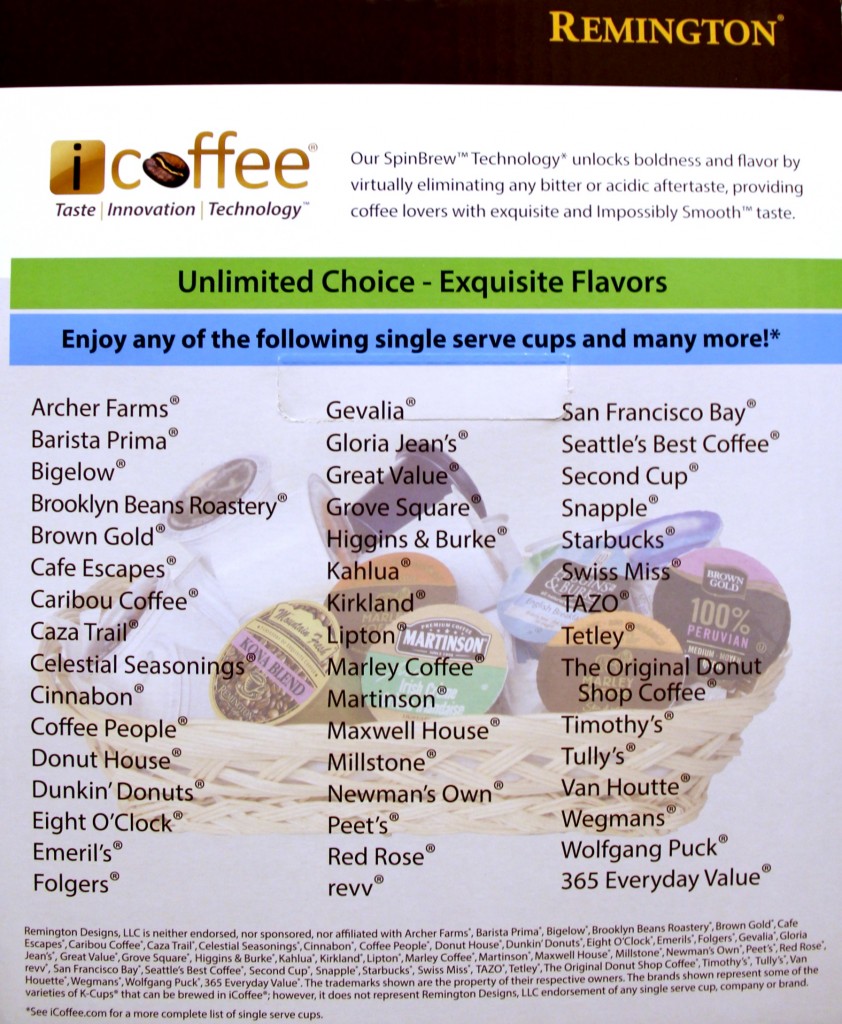 The iCoffee Opus retails for ($139.99) and  is available at all Bed Bath and Beyond’s nationwide and other major retailers.

So did I like it and would I recommend the iCoffee Opus? Yes, I would. Granted it’s a little larger than I expected but it makes a very good, smooth tasting cup of coffee and that’s what’s important. 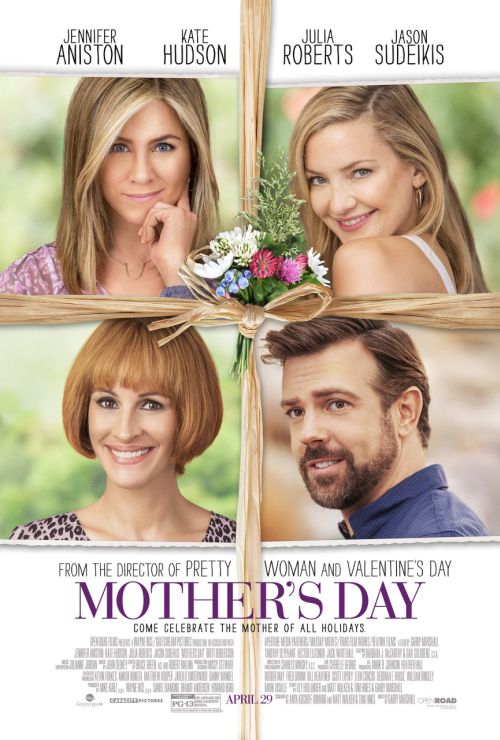 My friend, K. really enjoyed the movie. She laughed through the entire film or so I thought. She did admit to me afterwards that she also shed a few tears here and there. I may have gotten a little choked up myself once or twice.

You could relate to the characters.

There were so many different stories and experiences going on that I think everyone could relate to at least one of the situations.

The single mom trying not to feel replaced and losing her place in her children’s lives while a new stepmom tries to find her place. 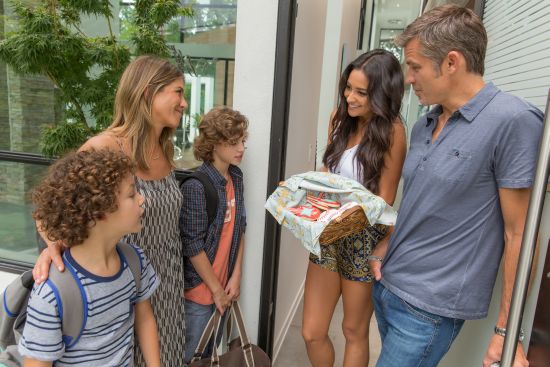 The new mom struggling with her own doubts and unanswered questions about her own mom. 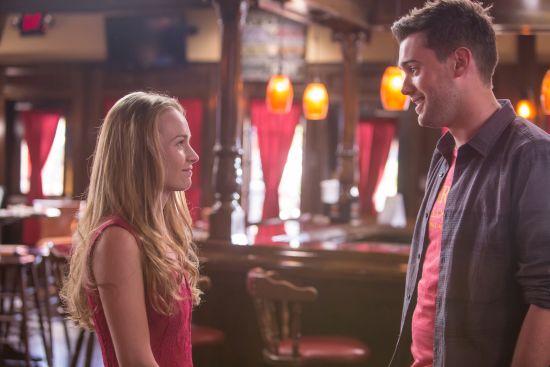 The mom unwilling to accept her daughter’s choices. 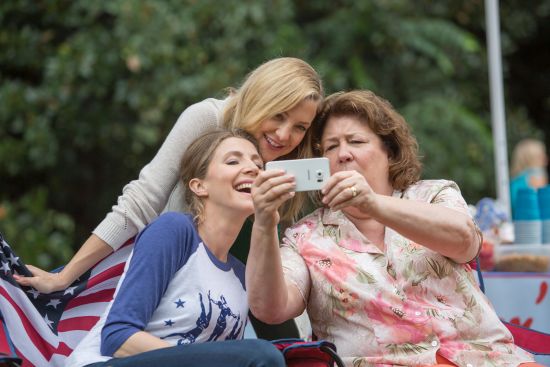 The mom who gave up her child.

The dad and his teen and pre-teen daughters struggling with the loss of their mom and his wife. 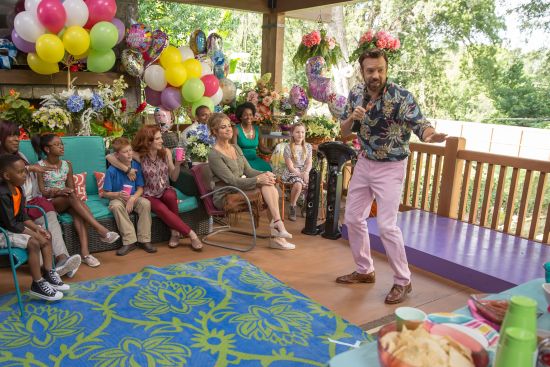 There are so many different situations and types of moms these days Mother’s Day tried to cover several of them, too many of them I think. I felt the movie had a difficult time really expressing what I guess I would say I would expect from a movie titled “Mother’s Day”.

I was disappointed that with such a great line up of some of my favorite actresses and actors this movie fell short for me. I was really hoping to like this movie. I guess we can’t all like every movie.

On a personal note: Because I value you, my readers, I feel it’s important to let you know that this is not a movie I would recommend watching with your kids. You may feel differently and that is completely up to you, I just wanted you to know how I personally felt about the film.

My family and I were fortunate to attend a free pre-screening of Disney’s Zootopia in IMAX the other night. It opens today March 4th in 3D in theaters. We really enjoyed ZOOTOPIA. It’s a laugh out loud kind of movie you should see with your family.

One of the things I love about Disney movies is that along with their lovable characters there’s always a message, a lesson to be learned if you will. Actually, there are quite a few lessons or messages in ZOOTOPIA. 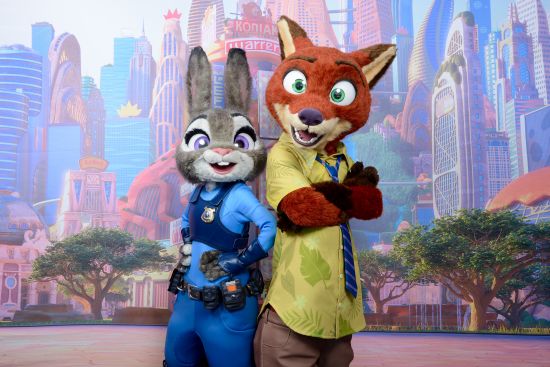 ZOOTOPIA is more than just a movie about cute, cuddly animals living in harmony. It’s a plethora of lessons in life about bullies, friendship, belief in yourself and your dreams and the determination to make those dreams a reality despite opposition. It’s a fun filled, beautifully animated motion picture every family should watch. And Oh My Goodness, the cuteness of Flash (sloth) is just show stealing at times. Had to say it!  ZOOTOPIA will be one of Disney’s classics.

The modern mammal metropolis of Zootopia is a city like no other. Comprised of habitat neighborhoods like ritzy Sahara Square and frigid Tundratown, it’s a melting pot where animals from every environment live together—a place where no matter what you are, from the biggest elephant to the smallest shrew, you can be anything. But when rookie Officer Judy Hopps (voice of Ginnifer Goodwin) arrives, she discovers that being the first bunny on a police force of big, tough animals isn’t so easy. Determined to prove herself, she jumps at the opportunity to crack a case, even if it means partnering with a fast-talking, scam-artist fox, Nick Wilde (voice of Jason Bateman), to solve the mystery.

Get Social in ZOOTOPIA